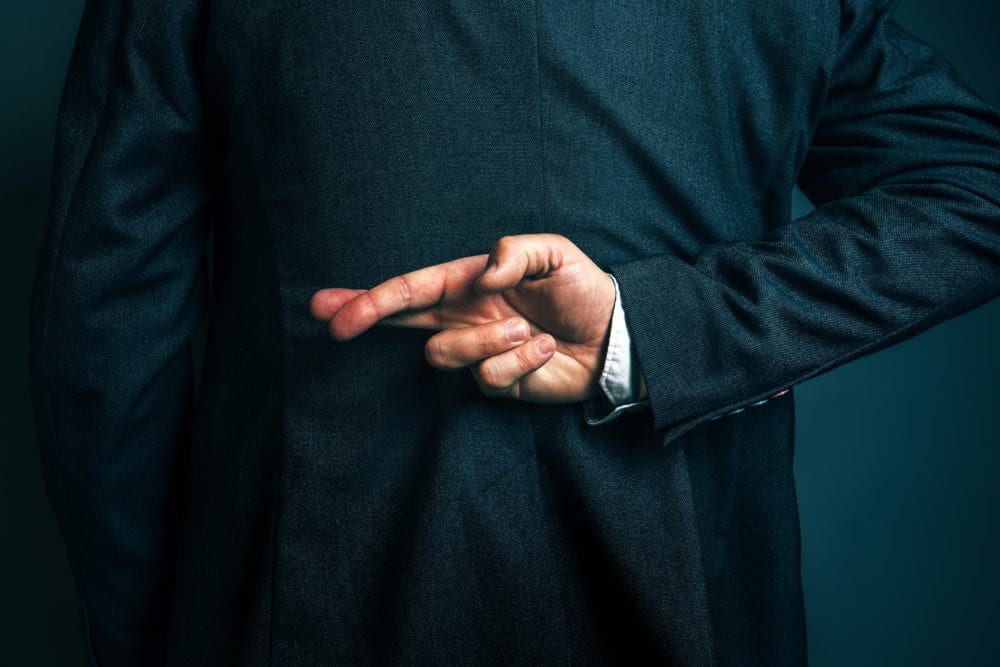 The Lies You Are Telling Your Customer Are Costing You

Several videos from different media agencies displayed pink slime pouring from a giant steel machine. This was the nation’s introduction to a substance they may have been involuntary consuming for years. “Pink slime,” as it was officially dubbed, is a mixture of beef trimmings that is cleaned with a decent amount of ammonium hydroxide and was, at one time, popularly used in fast food products and major beef distributors. Debates on what the ethics were for using pink slime and the validity of the reports aside, the people had spoken, and they were not happy. The confidence that consumers had in their food suppliers were shot.

The reports on pink slime, in conjunction with many other documentaries and articles, have been popularized in the last few years exposing the inner workings of major corporations. These exposes are hard hitting and demand more transparency in the global market.  And as a result, have ushered in an age where consumers mark trust as their most valued brand attribute, with studies showing that 94% of consumers would be more loyal to a brand that practices transparency.

You Can Run, But You Can’t Hide

In 2006, a manifesto of sorts was published by an Australian citizen named Julian Assange.  His critique was on political institutions that professed to be categorically diplomatic but operated under authoritarianism and secrecy. He is credited with founding a site named WikiLeaks; a website that contains tens of millions of documents detailing classified information. Some of the more newsworthy documents revealed the inner workings of foreign relation agreements and wars. WikiLeaks successfully ushered in an age of transparency, and the message read loud and clear: if the most powerful government organizations can’t be saved from the truth then neither can you.

The Value of Honesty

The digital age has demanded authenticity, and few organizations have considered this as a good thing. But several studies and surveys indicate that practicing and cultivating a brand built on transparency is the best business practice. Cohn and Wolfe, a global communications and public relations firm, found that across twelve global markets, honesty in business beat utility and innovation as the most important brand characteristic that consumers were looking for. Trust was the bottom-line in almost all the studies they conducted with just a few findings shown here:

63% of global consumers would buy from a company they consider to be authentic, over and above competitors.

6 out of 10 would undoubtedly recommend transparent brands to friends and family.

Millennials rank trustworthiness as the highest expectation they have for brands.

How You Can Start Being More Honest

You can leverage honesty and truth to be your marketing holy grail. In 2011, Jessica Alba, actress and entrepreneur, founded a company called the Honest Company. The premise? You guessed it, a completely transparent product. The message and concept of the brand are built and sustained by their commitment to “providing clear, credible, transparent information. No smoke and mirrors. No confusion.” The outcome has been monumental. Although, not always having perfectly executed products, the Honesty Company, after only 5 years, is valued at over a billion dollars. By simply having a transparent business model, you are saving yourself the efforts of expensive cover-ups and recalls and propelling your brand towards a committed and loyal customer following.

In honor of National Honesty Day, FUEL CYCLE thought it would be interesting to see how Market Researchers and Customer Experience Professionals lie. What is the industry correlation to the national average? Check out the results below: