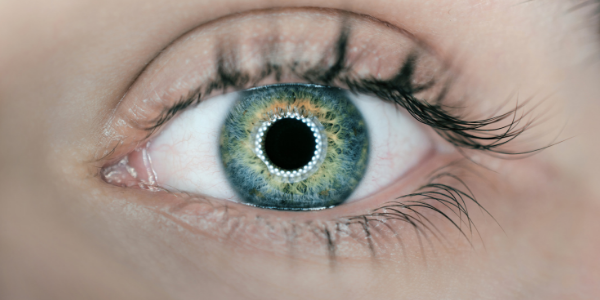 Will AI Eventually Slow the Growth of Human Intelligence?

While engineers, computer scientists, and experts have given birth to advanced AI, machines might soon trump human intelligence.

With AI increasingly becoming better at making human-like decisions–in the long term, they might make better employees, friends, and leaders. Here is an analysis of what’s to come.

What if we didn’t have to vote anymore? What if machines chose our candidates and made the best decisions for humans according to their geographical and financial circumstances?

Scientists from all around the world have been working on solutions for the daily use and application of AI. Academics are already considering very seriously that private companies will soon be able to develop AI workers specific to the needs of their organization.

However, private development of AI has its downsides: The first public case came into light last April when a South Korean University, the Korea Advanced Institute of Science and Technology, started developing autonomous weapons. About twenty countries boycotted the school, a week before 116 experts (including Elon Musk) called to ban killer robots.

As Space X’s founder wrote: “Once developed, lethal autonomous weapons will permit armed conflict to be fought at a scale greater than ever, and at timescales faster than humans can comprehend. Once this Pandora’s box is opened, it will be hard to close”.

AI generated machines speak a language that humans cannot understand. Therefore, it is crucial to monitor AI – and for experts to regroup and reconsider the implications of their innovations.

Last spring, and for the first time, specialists gathered in Prague to discuss the topic of what scientists call “HLAI” Human-Level Artificial Intelligence.

During the summit, 37% of the respondents said they believe HLAI will be achieved within five to 10 years. Scientists stressed governments to enact laws to avoid the harmful consequences of unregulated AI.

Speaking of private companies, it seems that this year has been a race to artificial intelligence. In only ten months, more than $770 billions were spent on the Internet of Things and $86 billion on robotic solutions, according to the IDC.

Will human creativity be replaced?

In a study from the University of Oxford’s Future of Humanity Institute, they predicted how long it would take for artificial intelligence to take over jobs. A fully automated labor AI, capable of replacing all types of human jobs, would take at least 125 years from 2016 to be designed.

However, does this mean that human intelligence will be soon be limited compared to the capabilities of AI? How will human-intelligence be used in future society?

Humans Are the Best Judge

One interesting paradox in the last couple of years is that while the average IQ has been falling in developed countries, augmented human intelligence gets more and more developed.

For the past generation, genetically modified organisms have disrupted humans’ brain development with altered food, fabrics in furniture and clothes, as well as the highest polluted air quality ever documented. According to experts, more than a third of chemicals used in the food and furniture industries in Europe are not legal.

And while those numbers seem frightening, humans remain, at the moment, the best judges to make decisions as the innovators of AI- and who better than the designer to make an experienced decision? Google DeepMind, has, for example, helped doctors scan in a more efficient way X-rays and spotting early diseases. However, only a doctor currently has the expertise over a machine to understand if the spot on the screen is the sign of early-on cancer or just a harmless cyst.

At the moment, it seems that no industry has decided to choose a full-on artificial intelligence system.

For example, in Texas, a tool was developed by the privately-financed Laura and John Arnold Foundation for local courts. The artificial intelligence tool was designed to give judges the most objective information available to make fair decisions about prisoners.

However, the judge has the last word – and the AI tool is only there to provide a background information.

The same AI adoption is happening media. At some of the Associated Press newsrooms, wires are written by AI robots, but these are all checked by proofreaders and editors – and none of AP’s investigations nor live reports are written by robots.

All in all, it seems that artificial intelligence will exponentially replace basic human jobs across the board that does not require a lot of decision making.

Qualified jobs will continue to be led by humans for a long time, as AI is developed and humans become better educated, in order to work hand in hand with the upcoming technologies.

PrevPreviousWhy Design Prevails in Marketing
NextLooking Back on the Top Machine Learning Trends Of 2018Next
Request A Demo
This website uses cookies to improve your experience. We'll assume you're ok with this, but you can opt-out if you wish.Accept Read More
Privacy & Cookies Policy
Necessary Always Enabled