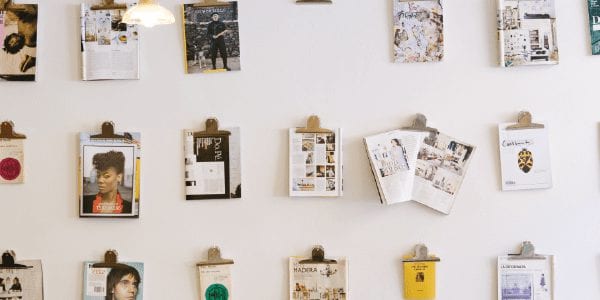 How and Why You Should Start Concept Testing

Not every idea is a good idea. In fact, not every idea is even worth pouring ample resources to bring to fruition. So, how can you separate the good and the great from the bad and the ugly?

Concept testing is a way for you to assess just how good an idea is before spending time and budget on it.

What is “Concept Testing”?

It’s a proven way to identify what concepts have the most leverage.

Where is Concept Testing Used?

There really is no limit to where concept testing can be used, and it can be as simple or as complex as necessary.

Identify which logo concepts your audience reacts to most through surveys, audience forums, or focus groups.

Gathering feedback from your target audience regarding the UX or UI designs of a new website, web page, apps, and more.

Concept testing can help you discover which prices, bundles, or subscriptions are your audiences most drawn to.

Yes, you can even concept test various product names or even the name of your company for maximum exposure and resonance.

Product packaging is important. Concept testing various package designs can help you test discover the one that will most contribute to critical objectives such as retention, recognition, and more.

Brand messaging is no stranger to concept testing, as it helps uncover what messaging personality best appeals to your customers.

If you’re brainstorming what your next bestseller will be and you have a handful of ideas, concept testing can help distinguish the winners from the flops.

For a few real-life examples, check out how prominent brands like Lego, NASCAR, and Takasago ran concept tests with Remesh to boost profits, remain customer-centric, and produce successful products.

Why Are Concept Development Tests Important?

Prevents the Risk of Bad Ideas and Lost Resources

Bad ideas are incredibly costly. They can be a complete waste of time and budget and can have a lasting impact on your brand. Concept development tests help prevent that by evaluating what ideas have the lowest risk versus the highest return.

Can Help You Gain Support From Stakeholders and Partners

At one point or another, key stakeholders have to be on board with a concept in order for it to hit the consumer market. The more favorable results you can present that you’ve uncovered in concept development tests, the more likely you’ll be able to win the support from stakeholders and potential partners.

Concept testing is often confused with conception. Conception precedes concept testing and is the stage in which an idea is created. Usually, this looks like brainstorming sessions, informal or formal ideation conversations, etc.

It’s also commonly held that concept development testing features trials that rank certain product attributes over others to see which concepts consumers prefer. While this certainly is true, it disregards the fact that higher-ranking product attributes may be preferred, but not necessarily favorable, or even necessary.

One thing that should be considered about concept testing is that it’s relatively qualitative. It mostly consists of a collection of opinions and preferences held by customers, so rarely will it be highly quantitative. Quantitative research tends to come later down the line in product testing.

How to Perform Your Own Concept Tests

Performing your own concept tests involves looking at different methods to test your ideas. This can be done by creating your own surveys, asking a community of your target customers, holding focus groups, or even consulting friends and family to see if your concept has any leverage.

Start by coming up with a list of questions that would really evaluate whether or not your concept is a keeper. Then, look for ways you can answer these questions via large samples of your target customers.

Concept testing can help shuffle your idea along to the big leagues. Here are some key things to note:

Bottom line, concept testing is what you make it, but one thing that’s certain is that it will help you run with only the best ideas.