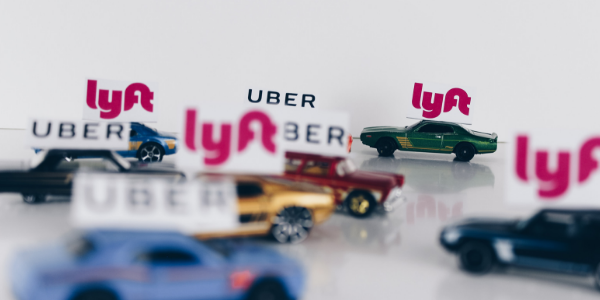 The new multinational tech companies have something in common: they rent goods they don’t own, leading tomorrow’s sharing economy. From renting houses on Airbnb to ridesharing on Uber and Lyft, global top trending startups are platforms providing peer-to-peer sharing services

What does it mean for the global economy? How safe is our data? What is the alternative route? Here is an insight on how the sharing economy has disrupted the global market for the past decade.

Airbnb: the genesis of a new business model

Ten years ago exactly, in August 2008, Brian Chesky and Joe Gebbia were moving to San Francisco, which was hitting record high rent prices.

They could not afford to live in their loft apartment, so they decided to turn it into a bed and breakfast.

While the goal at first was to “make a few bucks,” they started to understand the potential of creating a platform where other people could rent their space “for a few bucks”. Ten years later, the company’s revenue is $2.6 billion, counting more than 3,1000 employees in the world.

Airbnb’s business model was disruptive for one main reason: there was (almost) no cost involved on the tech side.

The technology offered was not a complex software, but a paying platform where the product sold was client based. And indeed, this disruptive idea of selling a consumer base as a product was about to change the whole tech industry and change the traditional sharing model.

What’s more efficient than a user-generated service? What today seems like a no-brainer, ten-years ago seemed completely ludicrous.  But, then again, we were much less on our smartphones, and more than half of the global population had never heard of “apps.”

After a decade, one thing is sure: peer-to-peer (p2p) sharing prevails on technology. No matters what you are developing, if you do not have a thorough list of potential clients, you will not attract investors.

As Airbnb understood this right away, similar success stories followed suite Bird, Zipcar or even DogVacay all disrupted traditional businesses. All of them have succeeded in developing a tremendous customer base.

However, users are starting to wonder how their data is used. After 2017’s Uber massive hack (57 million accounts) and 2017 elections Cambridge Analytica’s scandal on Facebook, which only fostered users mistrust in sharing details online. As a result, major tech industries are scrambling to protect their user’s data.

Recently, Uber appointed an ex-NSA executive as Security chief Officer, who guaranteed that no breach would ever happen again.

Decentralization is the next sharing economy

In the meantime, experts say that blockchain is the only way one can efficiently implement a safe and efficient shared economy.

For example, Bee Token is a blockchain version of Airbnb. Former employees from Facebook, Google, and Uber joined forces to build this startup based on a peer-to-peer network of hosts and guests on the decentralized web.

As a result, communication is made faster, people can transact directly, and a decentralized marketplace is encouraged.  Bee Token is expanding to five cities in 2019 and will be available on three continents in 2020.

Uber might be past date, too. Turo, a p2p taxi service, enables cheaper rides and faster service – although not yet available across the country.

Experts believe that tomorrow’s economy will enable any individual to choose a service without any intermediary.

Removing the middleman is the way to go for the future, and tech companies will have to along for the ride in order to shift smoothly their business into this new peer-to-peer era.