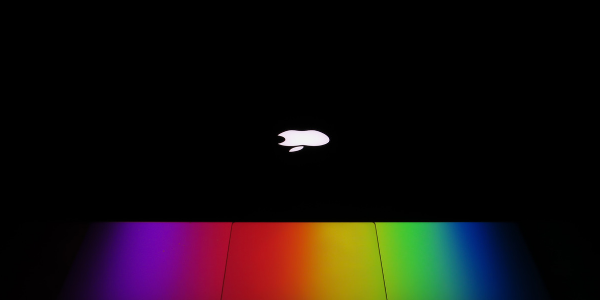 Should the Future of Your Data be Decided by Big Tech?

Mark Zuckerberg said it himself at one of his first public appearances: “If the product is free, then you are the product.”A decade later, consumers consider themselves at the heart of Silicon Valley’s success and demand more control of their data.

So, what if consumers want to have their say? Last month, GAFAs (Facebook, Google, Apple, and Amazon) presented to the U.S Senate arguments on whether account holders should have rights. Is now the right time to analyze a consumers right to “privacy”?

When Senators meet with GAFAs

What happens when GAFAs top executives meet with AT&T Senior Vice President at the Senate? A step forward, as the website of the Senate Committee on Commerce, Science, and Transportation suggests.

On September 26th, American companies representatives presented “what Congress can do to promote clear privacy expectations without hurting innovation”, as advertised on the event’s website.

While Amazon declared that “customers are not surprised that we collect and use data in this way”, it seems that they are asking for more transparency.

Examples debated were broad. From the Russian influence during the last Presidential elections to the collusion between Facebook and Cambridge Analytica.

At the end of the session, all Internet giants agreed to provide more safety and transparency to their clients, to respect their “privacy.” However, what will happen in day-to-day operations?

While numerous scandals have risen over the years, from Cambridge Analytica to Amazon’s Alexa eavesdropping on its users and purchasing unwanted orders, the New York Times published an op-ed, raising awareness on the definition of “privacy”.

According to the newspaper, the issue is not privacy. Rather “the problem is unfettered data exploitation and its potential deleterious consequences — among them, unequal consumer treatment, financial fraud, identity theft, manipulative marketing, and discrimination”.

After 90 million Facebook accounts were automatically logged out last month and 50 million users were hacked in Europe, the need for safety diligence has never been this crucial.

While the new GDPR regulations were mostly anticipated by European citizens, GDPR seems to fall short of its promise. It has not been able to protect dozens of millions of users.

Facebook is risking a $1.6 billion fine for this data breach, while GDPR has since been under criticism. Was the safety net too thin?

At the moment, California has been experimenting with data protection.

Has California found the right solution?

Silicon Valley might have found a balanced solution, both for tech companies and users.

Voted on earlier this year, the California Consumer Privacy Act enables any Californian resident to know all data collected by a business, refuse any sale or resale of information, and mostly gives the right to know when a consumer’s data is given to any business with or without consent.

As the representative from Charter Communications declared at the Senate, “different policies that lead to inconsistent protections sow confusion and erode consumers’ confidence in their interactions online; this is bad for business and bad for America since it threatens the Internet’s future as an engine of economic growth”.

While this new law strikes as a tremendous progress, the Electronic Frontier Foundation, a non-profit based in California, questions the efficiency of the law.

Is the CCPA too permissive?

As a matter of fact, the CCPA only protect users who are aware that their data is being shared. But what happens if consumers are not aware? At the moment, the law does not plan for unwanted private information collected online.

“The CCPA was put together quickly, and with many important terms undefined or not clearly defined. As a result, these rights in some cases look better than they really are”, reports the EFF.

A few weeks ago, the non-profit launched an online petition for Californian residents to ask for stronger laws. At the same time in Europe, users are losing their patience and might ask for more power over their private information.

While Facebook reached two billion users last year, it seems that consumers are grabbing GAFAs by the law – and hopefully, will increase their control of private information.