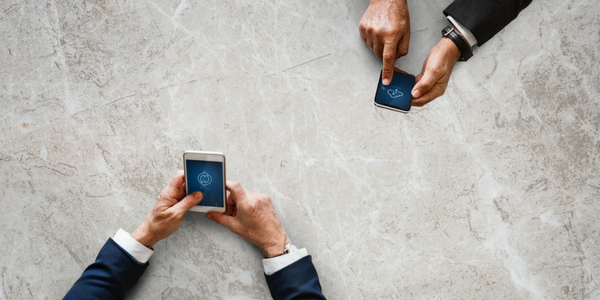 Mobile Banking Leading the Future of Finance. What’s the Hang Up?

As more than half of global purchases are done on mobile phones, banks need to adapt to a new generation, keen for instant updates and geolocalized deals. What do clients expect from a mobile bank, and what does mobile banking mean in terms of credibility? What can banks expect from clients in terms of loyalty?

The human touch must support technology

While more and more banks shut down local branches–nearly 9,000 branches closed across the U.S. in the last decade–customers seem to have no choice but to go online.

From apps to websites, digital platforms are now offering a various range of game-changing services, like scanning checks from the user’s smartphone and checking balances with ease.

However, there is no doubt that the customer still desires the human touch. While banks have efforted to cut their workforce and replace humans with bots, a recent survey by Deloitte shows that consumers rather speak to in-person support.

That said, more than half of the 2,193 smartphone users surveyed said they were confident in using mobile to manage their finances.

However, many challenges remain for customers to use digital services on a daily basis.

While online hacking is a daily topic in recent headlines, consumers are far from being unaware of the risks, Deloitte survey finds.

While 1 out of 3 users fear that their Wifi network is not secure, more than 20% expressed their concern about identity thefts. 28% are more concerned about their mobile devices being stolen and only 8% said that “there is no privacy” online.

It clearly seems that American consumers need education on what online banking has to offer in terms of security and enhancements. So far, only 63% of the surveyed population is using voice dictation, facial, or digital print recognition.

However, some good news is also in the pipeline. Not only do users seem to be minimally aware of risks, but they seem wary of basic safety rules online. For example, more than 80% of the surveyed users are aware that a Wifi connection can be hacked, or that they need to disable their devices in case the latter is stolen.

However, banking services need to take into account the results of this study to realize that some measures need implementation in the near term.

Technology must adapt to clients’ needs

While some apps are agile, technology – particularly services offered through mobile banking – must improve. More than 40% of the users flagged this issue as being a deal breaker for their interest in using an online banking app.

But most importantly, 46% of the users complained about the responsivity of the apps. While millennials might be fine with small fonts or more complicated user experiences, older populations are less forgiving.

Last but not least, about 40% of the surveyed population complained about the complexity of digital transactions, making it too complicated to complete online and thus decreasing the number of likely uses in the future.

Mobile users simply want what Deloitte called a “mirrored experience”. In other words, they are keen to find the same services with human resources capable of guiding them through any process.

A crucial insight for anyone willing to develop online banking services.