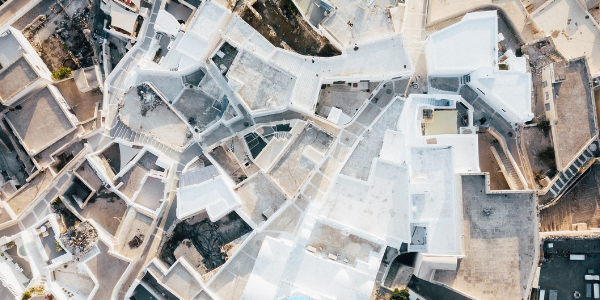 How Exactly Will Blockchain Disrupt the Banking Industry?

While major banks have been established for more than a century all over the world, the need for online banking services has somehow disrupted the industry.

Within twenty years, thousands of boutique banks, loan companies, and other services have flourished, unsettling the most reputable banking institutions.

Now there’s a new player in town: blockchain seems to lead the market of emerging technologies. Does it indicate the start of a decline for a middleman? Or is blockchain just a plummeting trend?

The rise of decentralization

At the genesis of a banking system was a secret ingredient we all know: a database.

Or more specifically, a client database. While the latter was manually updated a la mano for dozens of years, automated banking systems brought the first move towards decentralization.

How to keep track of clients who are using ATMs from other banks? How to make sure clients can operate safe transactions online?

There are still some loopholes in the traditional banking system. No later than last week, the FBI itself warned banks on a potential ATM hacking theme, while the biggest organizations replied that they were working on it – most have yet to find a solution.

As a consequence, more and more tech-savvy users have decided to switch to blockchain banking. This way, they could avoid being tracked by advertisers and work on a safer platform.

Is Visa the middleman’s goalkeeper?

And what better solution than blockchain? There is no middleman and no fees involved.

However, experts raise concern over Visa owning the monopoly of card-related operations.

As global consumers’ database is centralized at VISA, blockchain founders had to work hard on finding an alternative to collect similar data, but in a way that consumers themselves could share their information with whoever they would like.

Several academic from Harvard shared in an op-ed that not only can blockchain could reduce our logistical costs, but it would also facilitate the process.

For many, Bitcoin is the answer to fast and secure…

The Visa expert and Bitcoin advocate, who has been operating since the mid-seventies, confirmed that Visa made it very clear to create confusion for users during transactions.
“If you ask people if they know about how a Visa card is used and how it is governed, the answer is likely to be ‘no’”.


According to him, the structure itself is not user-friendly on purpose. Which is why he stressed the global opinion to switch to a world with crypto-currencies only.

Some other global experts think it is about time for clearer institutional practices to happen.  Peter Senge, Economic Professor at MIT, said that it was crucial for the global economy to start a more inclusive and transparent banking system.

… But it needs to guarantee stability

There are now 13 million users with daily transactions valued at more than five billion dollars per day. However, the price of a Bitcoin has become unpredictable, going from 16,323 euro last December to 5,620 euro today.

However, the founder of Bitcoin, Satoshi Nakamoto, has limited the inflation risks on the currency by setting a limit of 21 million Bitcoin. This way, Bitcoin can maintain its value.

Today, more than 16.8 million Bitcoin is available on the market. Although the currency is virtual, it is starting to take on the real world a bit more every day. In Canada, more than 58 percent of the residents own a cryptocurrency.

But at the moment, most of the oldest global banks still seems reluctant. JPMorgan’s CEO Jamie Dimon called the cryptocurrency “a scam”, while some top executives at Merrill Lynch analyzed this trend as part of a “bubble”, likely to burst soon.

For many, blockchain will provide a new way to understand clients needs and act as a consumer.

It might be via the Bitcoin currency or something else – but users are too proactive now to stay satisfied with traditional formats.