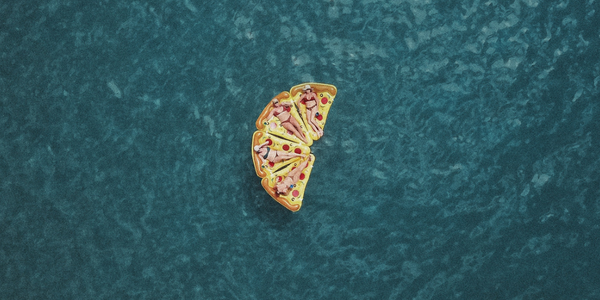 How Domino’s Became One of the New Leading Tech Companies

As shopping has mostly become an online experience, companies have developed sharper marking tools to improve the user experience.

In order to keep buyers keen, brands engage with them in a new kind of conversation.

It has become clear that the product is no longer the core of the business. And customer data can only foresee needs if used creatively and strategically.

Domino’s pizza might not be the first example that comes to mind when thinking of tech. Nonetheless, it has succeeded to reach a sharp knowledge of its consumers in very little time.

Its Marketing Chief Officer Russell Weiner took the brand over in 2008 when the share hit a historical low at -$2.83. He got Dominos back on track with a simple idea in mind: to engage customers in helping rebrand.

Considering Domino’s scarce financial situation, Weiner had to get that one-million dollar idea that would require very little workforce. He then created “Think Oven”: a global survey on Domino’s Facebook page, asking followers what were their favorite pizzas… And most importantly, listened to their suggestions.

From then on, the sales started to go up again. As the company hired a full-on tech team, it designed a “create-your-own” pizza app. It was downloaded almost two millions times and Domino’s share is now worth $280.

Tracking the behavior of your audience is key for an exponential growth. But it can sometimes even predict its deepest secrets.

What best than a tailored experience to stay engaged? Netflix managed to disrupt the digital game by creating a new algorithm. It is based on watched movies, excluding former standards such as age or gender.

As a result, 75 percent of viewed content on Netflix are driven by recommendations.

Online shopping worldwide leader Amazon has followed this trend. Nowadays, 35 percent of Amazon’s sales are generated via its “You might also like…” button. As Steve Jobs said, “People do not know what they want until you show them”.

But as data is explored, users can be at risk. Six years ago, Walmart found out a teenage girl was expecting before she told her parents. Based on a list of products she was ordering, it mailed a baby shower catalog… to her parents.

As a result, getting to know your customers does not guarantee a strong retention rate. Analysts not only need to efficient, but they also need to be creative.

While 51 percent of global online companies use similar data journeys, leaders have to disrupt existing formulas.

How clients’ information is used need to be changed constantly. Facebook Ads, the second biggest online ad revenue after Google, is said to change its strategy every few weeks. Just like a startup, Facebook constantly changes its own dynamic.

As all experts agree that a 100 percent accuracy is unlikely, humans tend to be creatures of habits.

This has only become more of a priority since 52 percent of online shoppers will switch brands if they do not receive personalized communications.

It is only up to companies to develop creativity in-house and find the right hook to anchor customer loyalty.