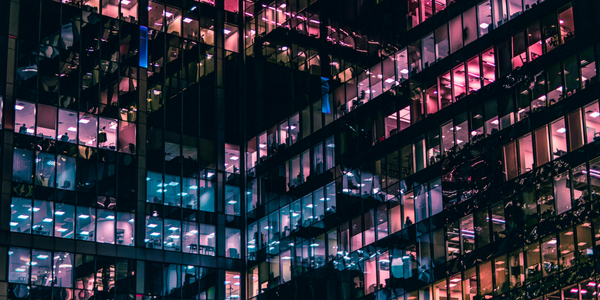 Its founders publicize Blockchain as the most efficient way to ensure net neutrality and free exchange between consumers.

Data collection from loyalty cards through a new blockchain system could help consumers improve their knowledge of products. One challenge remains: including older generations, who do not regularly adopt online tools.

While loyalty cards are slowly switching to digital accounts, you may want to have a huge wallet to keep them all. Hotels, markets, stores and endless other loyalty cards–there are currently more than 3.3 billion programs in the U.S.

However, Americans are far from using them all. A study published by Wired showed that only 20 percent of cards are used on a regular basis.

Deloitte, keen on optimizing their efficiency, quickly realized those cards have a tremendous potential: not only are they used by an extensive range of consumers, but consumers love them. In other words: loyalty cards and American consumers are a long-lasting love story.

So, how to get Americans to love loyalty cards more? For Deloitte, the answer is clear: loyalty cards need to shift into the blockchain world.

Blockchain, the same technology that Bitcoin uses, is a peer-to-peer encryption technology whose first concern is safety. A major selling point for any company aiming for a secure consumer experience.

The experiment led by Deloitte showed that storing loyalty details in a blockchain-based network would enable users to convert points from a company to another if they belong to the same holding company, for example.

Therefore, loyalty points could become “transferable or tradable” – in the pure spirit of the peer-to-peer blockchain culture.

Need a few more points for a significant travel discount? Contact someone on a blockchain forum! Too many points on your supermarket loyalty account? Sell them to another user on the network! Experts believe this more interactive way of consuming would enhance the economy.

As Christian Catalini, founder of the MIT Cryptoeconomics Lab said on Wired, “a blockchain-based solution would make it easier to reconcile data across many different services.”

And with the most developed encrypted system to-date, blockchain-based loyalty cards could be safer than cards, which are easily lost and hacked.

So why haven’t mainstream stores adopted this policy yet? First off, blockchain is a hard concept to understand – even for younger audiences.

Loyalty cards are used by 30+, married households and retired Americans, so a massive migration to an online platform might take some time. After all, it took about 15 years to get most of the Americans online!

Blockchain seems to have great arguments to move loyal clientele on board – it provides more safety, allows points trading, tightens a brand’s reputation. But even still, some consumers might be wary of the blockchain technology use itself.

Whereas the majority of blockchain tools have been used so far for money laundering through blockchain-generated cryptocurrencies, mainstream companies and consumers are not ready to get involved with underdogs and underground economies.

It is up to major organizations to regulate blockchain, to integrate full consumer services – including loyal cards, for a better everyday experience.

Once blockchain becomes transparent, its potential will likely become exponential.