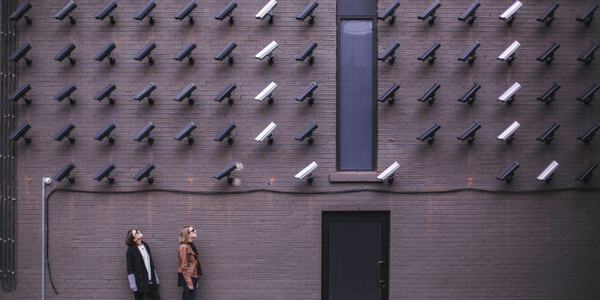 Does AI Surveillance in China Indicate the Future of Governance?

With years ahead of technology and advanced ways of monitoring its population, one cannot help but wonder if China has gone too far in surveillance.

From forward-thinking technologies to over-controlling police, how far can a country go before breaching an individuals’ freedom?

While surveillance is a booming industry in the Chinese tech landscape, human rights advocates are raising concerns over this rising trend. Some even compare this new-era life to dystopian movies.

Everyone is a suspect

Imagine your morning commute sprinkled with most-wanted mugshots on the subway. Just like in Terry Gilliam’s movie “Brazil”, anybody could become a potential suspect, and your face would be scanned thousands of times a day.

In this film, surveillance is reinforced by undercover cops, but also artificial intelligence monitors and devices. That is actually the reality of hundreds of millions of Chinese residents.

At the moment, China counts 200 million surveillance cameras, four more times than in the United States.

There is a rising concern for what could happen if society were to over-rely on poorly managed AI-powered machines.

As China is prone to bureaucracy inefficiency, the government has decided for citizens to rate each and another through an AI-generated app.

A “personal credit” for all citizens

Just like in the premonitory Black Mirror episode, Chinese citizens are all now subject to a “personal credit”. It is called “Zhima credit” and was launched late last year.

And just like the Netflix-produced episode, your score has an influence on your monetary leverage.

From taking the train to renting a house, or traveling abroad–the most “fortunate” citizens can get references for dating, apartment leases, and even a visa.

Predictably enough, the government pressures high-scoring people to hang out with people of similar scores. “If you have low-scoring friends, it is not good for you”, confessed a Chinese resident in a local newspaper.

Technology is the new governance

As a matter of fact, it seems that some ethnic minorities might have suffered from discrimination, just like the muslim Uighur community. They can barely access to any credit company, as they live in a remote part of the country.

But while China is building a high-tech authoritarian future, its global influence is growing and might have consequences in other countries – including Western ones.

As the global population continues to rise, China is only following Mao Zedong’s belief that “only strong authority brings order to a turbulent country”.

While tracking its citizens, this nationally organized surveillance system will benefit from an additional 30-billion dollar governmental plan.

Will China surpass the Silicon Valley?

A few months ago, Cambridge Analytica showed the Western world how social media could be a tool used against them; chinese citizens are coming to see the downside of technology, as well.

From dark web to VPN, Chinese citizens have attempted to find ways around AI  tracking, without fearing their identity to be revealed or having their credit scores diminished.

But the Chinese government has no interest in stopping the surveillance business from growing. It actually seems to be the opposite. Surveillance start-ups are raising increasing amounts of money, possibly enabling China to surpass Silicon Valley.

At the moment, no regulation on AI was voted in China. A few months ago, dozens of American scientists stressed the public opinion to implement an international policy. Democracy might be at stake.