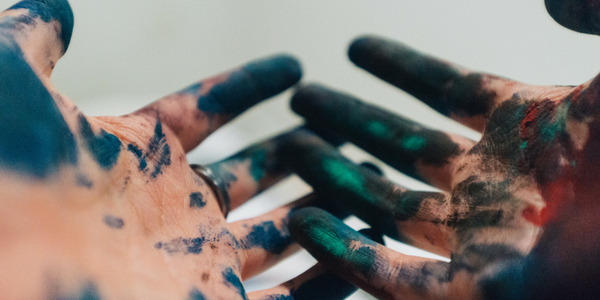 While artificial intelligence is developing and machine learning is advancing, AI is now able to become … an artist. From directors to painters and even composers, AI has taken over the art scene.

However, one question remains: if a robot or any kind of artificial intelligence can produce art, who owns the copyright? Experts have been thinking through this question – and the answer is still pending.

The Investment in AI and Art

Remember in the late nineties, when street art and contemporary pieces attracted artists in droves? It seems that this decade’s businessmen might be interested in investing in artificial intelligence-generated art.

AI art comes at a special time, too. The world has never counted as many art schools and professional artists as now. But who needs humans when you have robots designing musicals, writing poems, stand-up comedies, or even recreating Van Gogh paintings?

Google’s robots recently managed to create sounds that were unheard of by mixing instruments and toolboxes. Whatsmore, a start-up called DeepDream has generated psychedelic pieces of art that were sold up to $8,000 a piece. In the process, artists pushed to claim ownership of the work.

What does the law say?

In the US, artificial intelligence devices are not subjected to be awarded copyright for something they have created. In other words, the American law only recognizes humans to be artists.

However, the “courts have always assumed that authorship is a human phenomenon”, says Eran Kahana, a lawyer at Maslon LLP, specialized in intellectual property. Because a computer is programmed by a human, the American law considers that content created by a machine as not a robot’s creation – but a human entity.

So far, only companies and artists who have generated artificial intelligence pieces can sell it as their own.

However, if those robots are producing classic pieces – and is not inspired by existing art, does that not categorize them as originals?

Try to imagine your great-grandchildren strolling through Le Louvre or the Metropolitan Museum of Art, appreciating ‘classic’ artificial intelligence art.

Just like no expert could have ever guessed street art could ever be hung on museums walls, art created by AI might be the next movement to inspire generations to come.

As the first pieces were all inspired by pre-existing canvas or songs, machine learning is creating a movement in itself.

For example, did you know that AI has invented new words that humans do not even know? Robots can talk to each other and express somewhat what one could consider “feelings” to each other.

Robots can be creative

As a matter of fact, it is no surprise that new robots can create art by themselves. Is it only a matter of time before robots are recognized as creative, too?

For University Professor Ahmed Elgammal, who was the first researcher to program AI to create art, there is no doubt in his mind.

“The machine explored the possibilities and gives me answers. So, the machine has a creative process”, he says.

This summer, Oregon’s Museum of Science and Industry is launching an exhibition about robots and arts called “Robot Revolution”.

The event is exploring new possibilities of interactions between humans and machines – and is supported by artificial intelligence main ambassador, Google.

What does this mean for your industry?

AI and automation have made sweeping changes in almost industry: even the industries that seem immune to the effects of technology are having to reassess their relationship with AI.

The new standard for every established and growing business is creating a culture where innovation is supported and encouraged.

To discover the state of innovation in market research, download our latest report Innovation and Market Research Report.

PrevPreviousCan Blockchain Boost Brand Loyalty?
NextMaximizing Your Research Potential Through MobileNext
Request A Demo
This website uses cookies to improve your experience. We'll assume you're ok with this, but you can opt-out if you wish.Accept Read More
Privacy & Cookies Policy
Necessary Always Enabled